Data mining, machine learning, and knowledge discovery has recently taken center stage of research in computer science and Information technology. These areas can be thought as outgrowth of multivariate statistics, which has been used for analysis and interpretation of large data, which now is known as Big Data. Astronomy has a long history of acquiring, systematizing, and interpreting large quantities of data. Starting from the earliest sky atlases through the first major photographic sky surveys of the 20th century, this tradition is continuing today, and at an ever increasing rate. Like many other fields, astronomy has become a very data-rich science, driven by the advances in telescope, detector, and computer technology. Numerous large digital sky surveys and archives already exist, with information content measured in multiple Terabytes, and even larger, multi-Petabyte data sets are on the horizon. Systematic observations of the sky, over a range of wavelengths, are becoming the primary source of astronomical data. Numerical simulations are also producing comparable volumes of information. Data mining promises to both make the scientific utilization of these data sets more effective and more complete, and to open completely new avenues of astronomical research.

Since 11 February 2016, the first detection of gravitational wave was announced by LIGO collaboration, the research in detection and analyzing gravitational waves from astrophysical observations have become an intriguing field of research. The second observation of gravitational waves was made on 26 December 2015 and announced on 15 June 2016. Barry Barish, Kip Thorne and Rainer Weiss were awarded the 2017 Nobel Prize in Physics for leading this work. Indian astrophysical and astronomical communities have also contributed significantly into these detections. This has lead to establish the LIGO-India gravitational-wave observatory, which will provide a great opportunity to the Indian data scientists and Physics community to work together. LIGOIndia project will be a part of the worldwide network. The project recently received the inprinciple approval from the Indian government. This initiative is a collaborative project between consortium of Indian research institutions and the LIGO Laboratory in the USA, along with its international partners Australia, Germany and the UK. Hence it is high time for Indian Data scientists and engineers to collaborate with scientists working in such cutting edge research which has been recognized by the government of India some of the thrust areas of research in the country.

Why and what for

In India we have two extremely strong communities: One community works with Astronomical Data and also specifically on Gravitational wave data; while the other community includes experts from Computer Science and Information Technology, who are highly motivated to work in data science (Big Data) and Machine learning. A proper introduction between the two communities is the need of the hour.

The modeling and simulation of astrophysical phenomena and analyzing observational data like gravitational waves etc. to decipher the mystery of our Universe are most active areas of scientific and engineering research in these days. To perform research in these fields one needs fair bit of expertise in computer science and allied areas together with background in Physics and Mathematics. The aim of this workshop is to develop a bridge between these two apparently disconnected communities.

This workshop will therefore be extremely useful for Indian science and engineering fraternity interested to get involve cutting edge research. 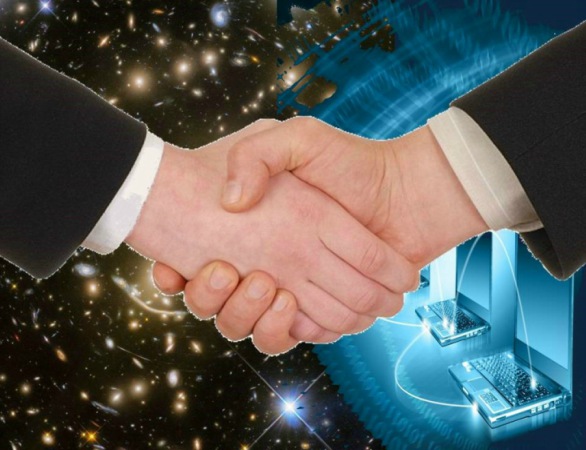 A good Mathmatical Foundatation in Astrophysics and Gravitational Wave and also understand keypoint of Astronomy Dataset .

Current Research activities and opportunities that explore budding Data scientists and Physicists will have in near future through talks by experts.